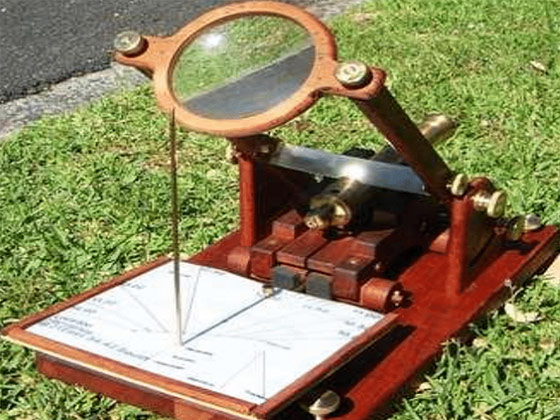 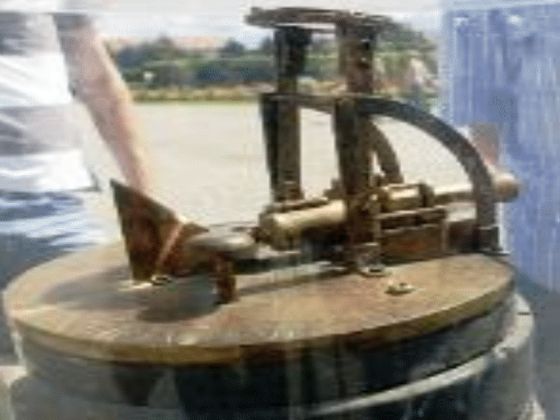 While visiting Schloss Ludwigsburg in Germany, I saw a “Mittagskanone”, a miniature cannon which was fitted with a magnifying glass so that when the sun is at the highest, a shot goes off to tell everybody at the castle it is midday. It was made in 1815 by a watchmaker as a novelty for the king.
It could not have been very accurate time wise, because it had a longish powder tray and when the magnified sunrays went over it, it ignited the black powder and it went off. I thought it would be a nice project, for me to make one for my self.

I chose one of the cannons which I had made, it had a navy type carriage which was mounted on a large wooden base, so the cannon did not jump off at recoil. The barrel had a 9.5mm bore rifled on my lathe for an experiment, (to shoot bullets accurate into a target). 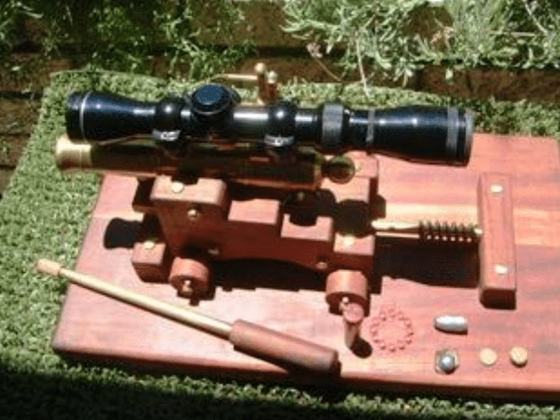 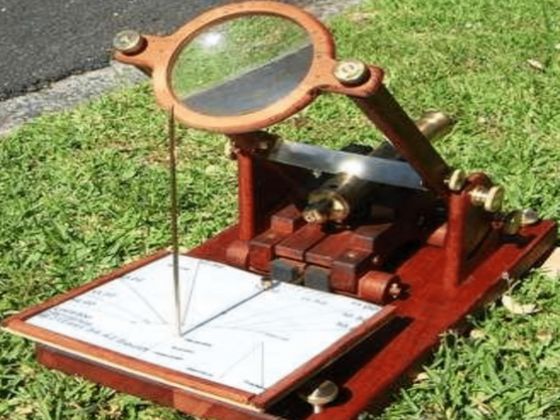 The magnifying glass was no problem, the one I used belonged to my Grandfather and as a kid I played with it, (burning patterns into wood or set paper alight). So I had to make a holder which could be adjusted for the different angles and the right focus length.

The next step was to make an incorporated sundial, on which 12.00 hours was in the line of the middle of the priming vent hole of the barrel. I studied sundials on the internet for whatever I could find. Sundials do not show the correct time and have to be made different for every location on earth. Also depending on the day of the month during the year it changes a lot. Taken the analemma (looks like a figure 8) in consideration, which is caused by the earth axis being tilted when she moves around the sun. With the help of a CAD program and coordinates of the internet I draw a graph which had to be coordinated for Cape Town and for a specific day of a month, with North and South and the deviation for the location, so I can make use of a compass to set it up.Everything must be perfectly level, so it can be spot on. In the summer months the rays have to go through a 2mm hole to get to the priming powder.
That’s how the cannon looked after the modification.

The wood I have used is Rhodesian teak. For loading the powder at any time and not disturbing the set up, special loading tools had to be made. By the way, I only fire blanks loads (no bullet) with a soft board as a ward, so it is quite safe. I usually use only 50 grains of BP. The results you saw at V&A Waterfront and the Castle, in competition with Cape Town’s Noon Gun.