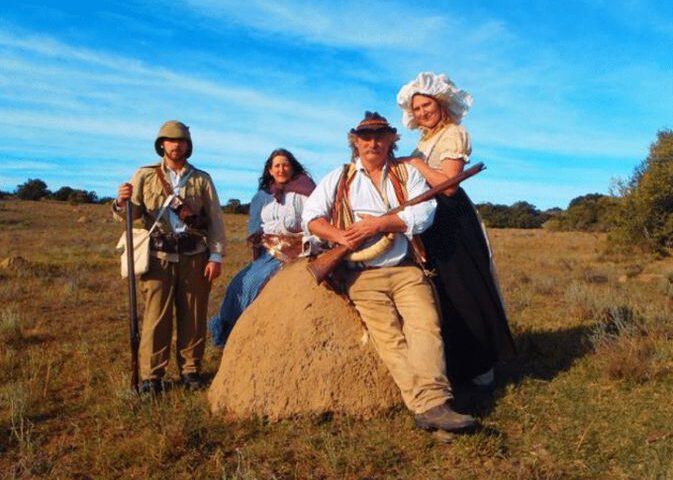 By: Debbie and Basil Mills, 18 September 2016
Print Form
It was a weeklong camp and all invited were asked to dress appropriately in clothing suitable for the period 1800 – 1900. 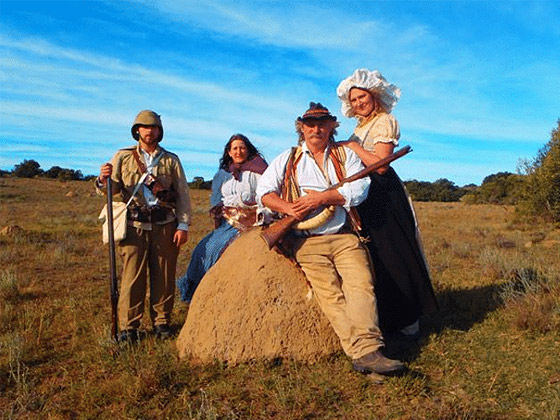 A variety of enthusiasts were invited - all with differing skill sets – from horse wranglers to blacksmiths, hunters, gunners from the Cannon Association of South Africa and historians. 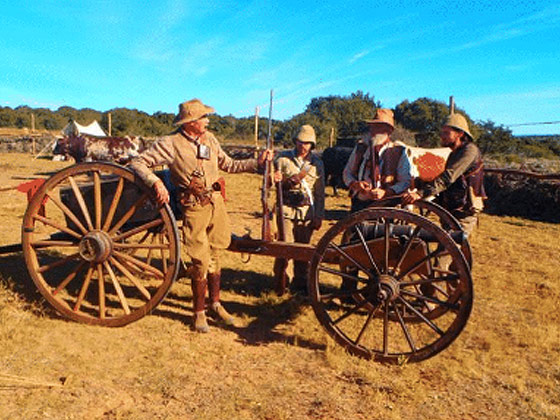 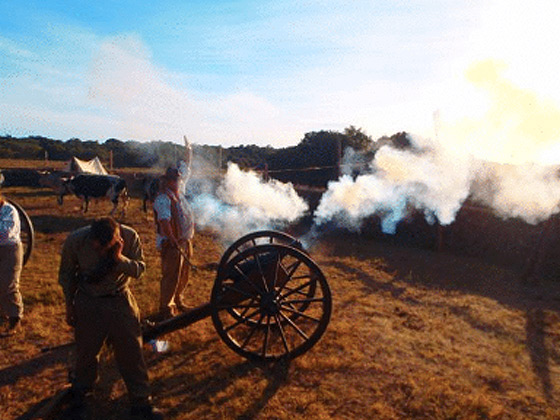 All participants were asked to bring old novelties or curiosities to enjoy on the camp. Bush recipes and alternative cooking methods was also encouraged. 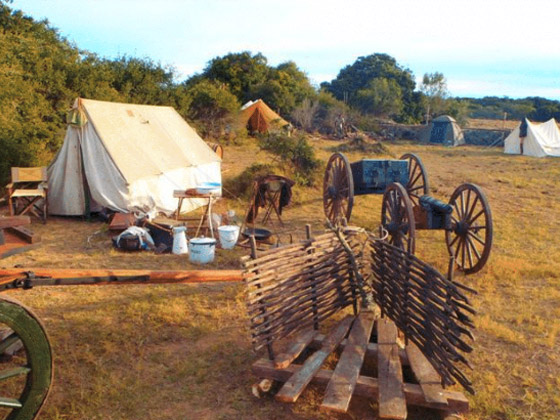 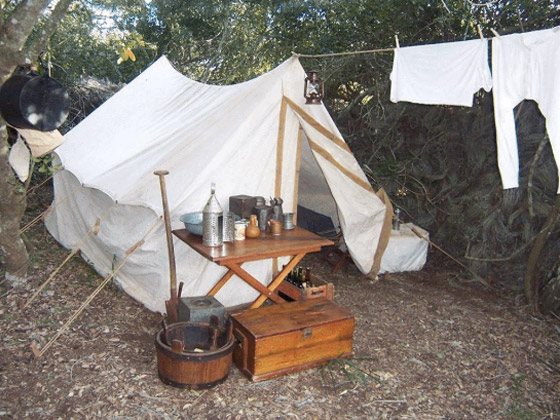 The lion and buffalo were moved out of the immediate area, but the hippo refused to relocate for the occasion.

The whole effort was an experiment for a marketing possibility, with a number of photographers on hand to capture the many memorable occasions.


Hunting of select game for the pot was encouraged, though a few vegetarian meals were had due to some inadequate hunters! 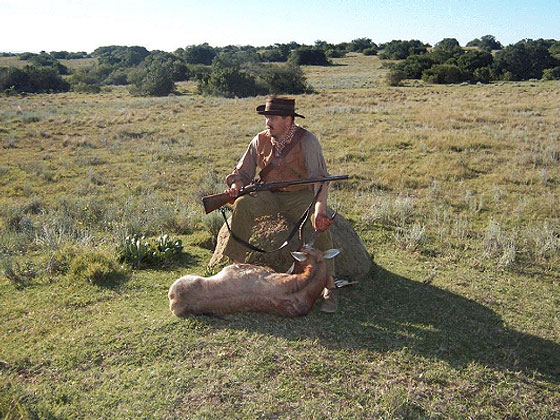 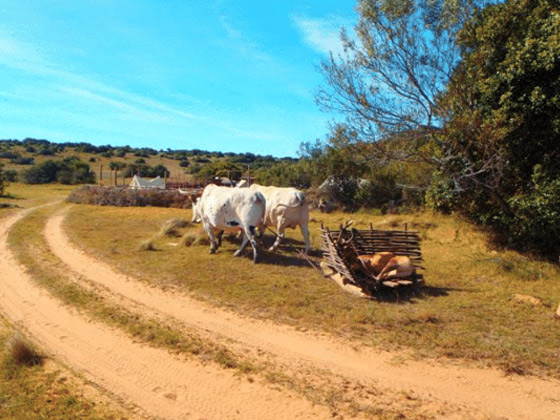 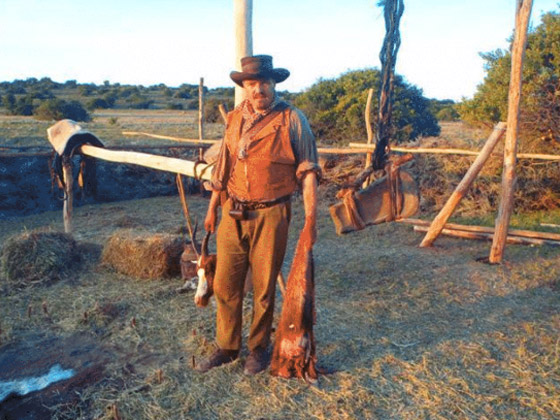 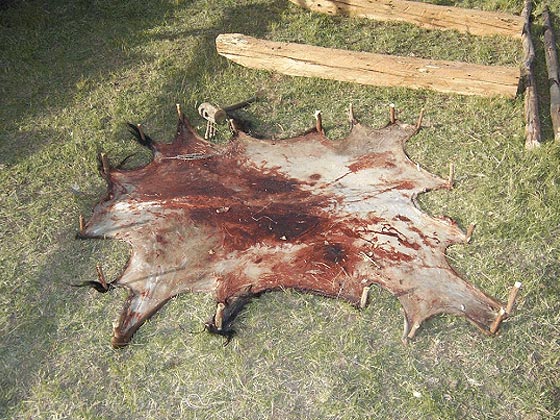 A professional hunter with a modern rifle accompanied the hunters to ensure all kills were successfully carried out.

Hunting of other team volunteers and the oxen was forbidden.

The ladies on the camp satisfied themselves with riding, experimenting with the interesting cooking utensils, chasing the trek oxen away from the supplies as well as killing a few termites nests with a few well placed shots from the old Brown Bess’s. 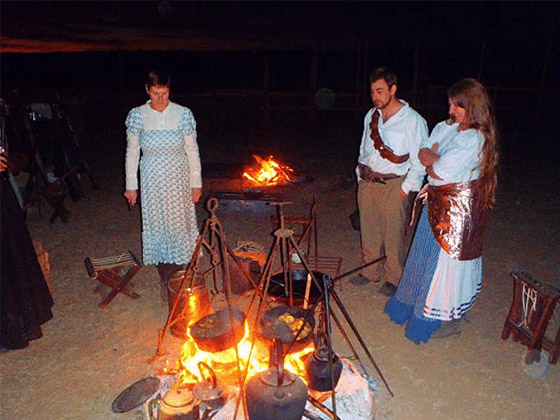 All in all, a good time was had by the victims/volunteers with much learnt all around and some wonderful memories gained that will last a lifetime. We are preparing an early frontier experience for 100 schoolboys towards the end of the year. They will be participating as frontiersmen, warriors, traders, military personnel and smugglers.

They will also be lectured on environmental and historical situations of the period. Visits to battle sites and fortifications will be incorporated into the archaeological field trip. Practical skills, using ones’ initiative and leadership qualities will be encouraged. A fitness challenge by way of an obstacle course and teamwork within field gun racing challenge will also feature.