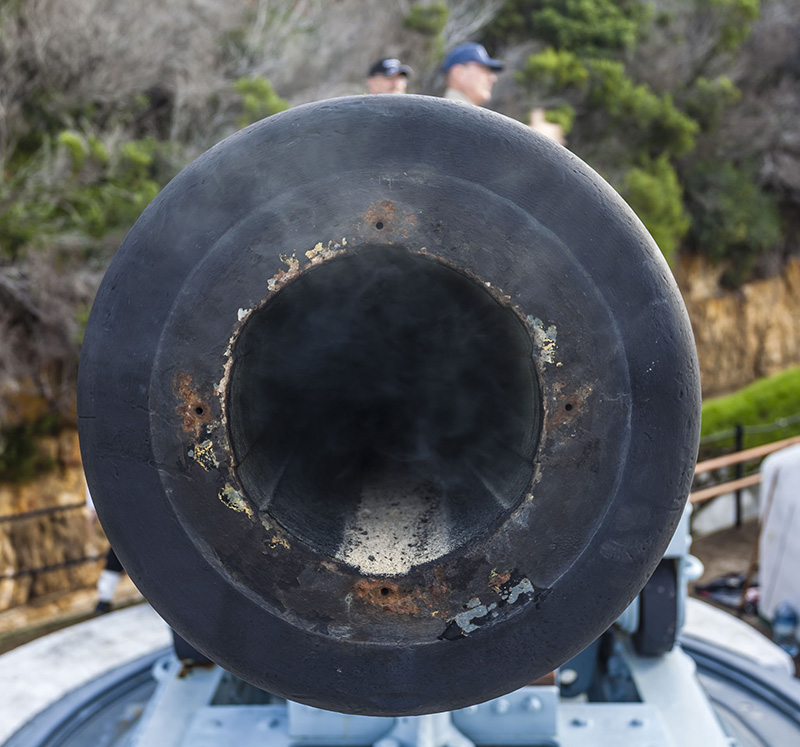 To celebrate Heritage Day, the 9-inch, rifled, muzzle-loading cannon mounted at the Middle North Battery of Simonstown will be fired under the supervision of gunners from the Cannon Association of South Africa.  The gun, one of 190,  was cast in 1865 as a broadside gun for ironclad ships and harbour seafront defence. Its first location was Halifax, Nova Scotia, until 1878, then at Bermuda until 1881. In 1885, it was removed to Sheerness, England, until 1885. It was mounted at Middle North Battery Simon’s Town in 1896. Its last active use was in 1903. The gun, carriage, slide and mounting were restored in the Simonstown East Dockyard Gun Shop in 1984.