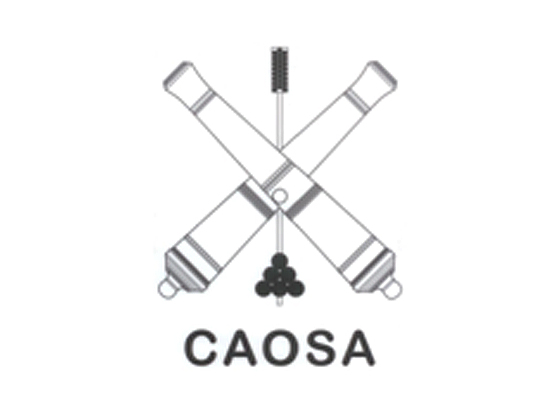 Capt. F Morkel kindly lent CAOSA the Castle for the day and we set about attempting to demolish the ancient structure with cannon fire.

Approximately 30 members attended and 28 cannon were on display of which 10 were fired repeatedly.

The Heritage Group displayed their interesting vintage military vehicles and drew attention to the Military Museum.

De Grendel, Durbanville Hills and Ke-Monate wine outlets provided cannon associated display items and gained good exposure from the event. The Hout Bay contingent, dressed in all their finery, made a colourful contribution and showed off the Hout Bay Battery in action through their collection of most excellent videos.

Advertising of the event was done via e-mail, the CAOSA website, community newspapers and posters. The turn-out was not as large as expected, but the flow of visitors was constant throughout the day.

Unfortunately the planned surprise guests were held up at another engagement and could only arrive at 15h00, but arrive they did, and with impact to boot. Basil Mills and a group of about 10 Confederates, unshaven, dressed in convincingly second hand clothing and blackened and bloodied from their recent battle burst through the tunnel onto the field of battle with a 12 pdr “Napoleon” and the Confederate flag flying. Every person in the rear courtyard stopped and stared with mouths open and thoughts turned to escape. The 12 pdr was the last shot fired on the day and this was followed by a thorough damage assessment of the Castle.

The day was considered a success in several ways :-


How bad could that be?