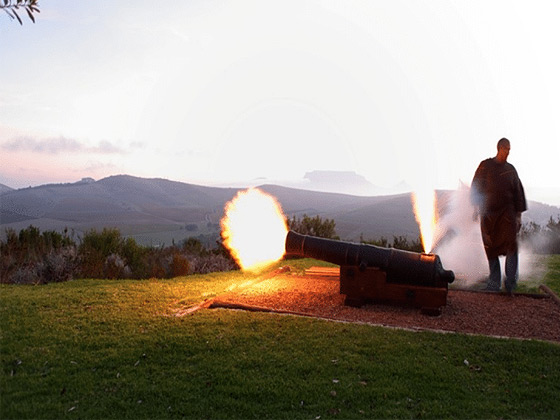 Residents in the vicinity of Bloemendal Wine Estate should not be alarmed if they hear cannon fire!

Bloemendal Restaurant on the hill recently installed a cannon that was restored by Erick Kellerman of the Cannon Association of South Africa. The restored cannon was celebrated on Friday, April 26 with a cannon shot, followed by a medieval party with the music of Crocodile Harris in the restaurant's basement.

Kellerman is a senior gunner of the Cannon Association of South Africa. The association's members are passionate about old guns and lobbying to rebuild old guns to track, register and place at appropriate points to preserve it for posterity.

In 2010 Kellerman found the cannon at the naval base at Simon's Town. This is a 9-Pounder "chase" cannon, which in earlier years was mounted in the centre of ships. At sea it was used to fire at enemy ships.

After much correspondence, the gun was handed over to the Cannon Association of South Africa.

Bloemendal Restaurant was approached to have the cannon placed in front of the restaurant on the hill. Kellerman said it took him three years to restore the cannon and obtain all the necessary permits and permission for the placement.

In 1734 guns were placed in strategic places as part of the Dutch call-up system, and fired to call farmers to take their weapons and help defend the Cape, says Kellerman. He said it was a myth that guns fired as large merchant ships docked in Cape Town harbour to inform farmers that their products can bring to the harbour. 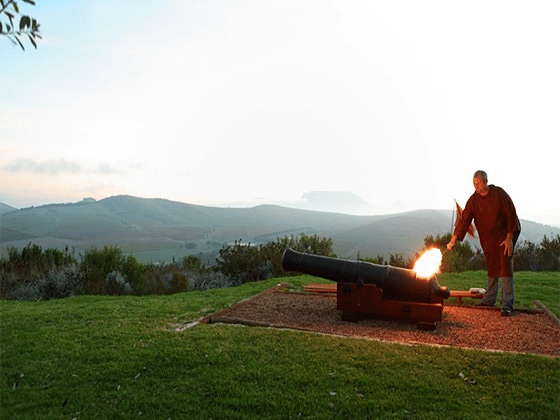 Bloemendal Restaurant celebrated the newly restored cannon with a shot, and a medieval party in the restaurant's basement. 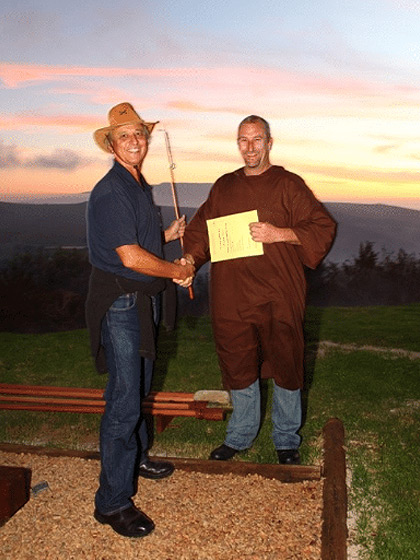 The cannon was restored by Erick Kellerman (left) and were fired by Freddie Turner (right), senior gunner and co-owner of the Bloemendal restaurant. Here Kellerman handed the linstock to Turner to fire off the cannon.